Aussie startup to promote exclusive new drone controller in the US 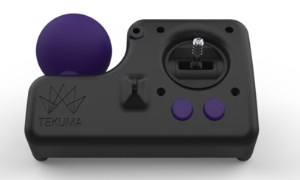 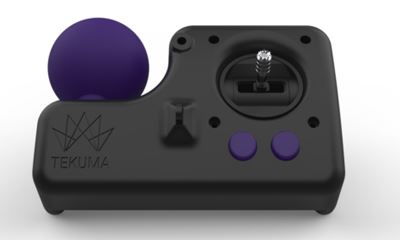 An Australian aerospace startup that has developed a one-handed controller for drones and robots is heading to the United States to attract licensing partners and customers.

Adelaide-based company Tekuma discovered a gap in the market when trying to fly a drone and control a camera at the same time, sparking the mission to build a more modern and functional controller.

Tekuma’s Annette McClelland said while dual joystick controllers had existed for more than 80 years innovation in the area had stagnated.

McClelland and co-founder Michael Griffin started the company three years ago and are in the early stages of commercialisation after participating in a space incubator program in South Australia.

She said the addition of camera controls to a traditional dual joystick controller had made drone operation unnecessarily cumbersome and difficult.

“Operators tend to take 12 to 18 months to feel competent in doing this or they tend to completely switch off movement mode and they just hover and then just control the camera,” McClelland said.

“Michael was trying to do this on his own and he thought there must be another way so he decided to build one.”

Looking to meet with potential customers

McClelland and Griffin are travelling to San Francisco as part of Landing Pads, an intense 90-day residency that helps tech companies take their products to a global market.

“We’ll be looking to meet with potential customers, potential licensing partners (and) find out more about what’s happening in the robotics market in the US,” McClelland said.

Landing Pads was launched by the Australian Government as part of the National Innovation and Science Agenda. The first of five international offices opened in San Francisco in 2016 with subsequent launches in global tech innovation hot spots Shanghai, Tel Aviv, Berlin and Singapore.

More than 200 Australian businesses have been part of the accelerator program but Tekuma is only the second South Australian company to win a place after Connexion Systems which attended the program in January.

McClelland said they would use Landing Pad to examine how Tekuma could enter the defence industry in the US.

“That’s one of the reasons we moved to South Australia, was to look at the defence market in particular. So being able to look at what that looks like in the US is one of our primary objectives,” she said.

Having designed the device in Sydney, Tekuma relocated to Adelaide last year to be part of the inaugural Venture Catalyst Space incubator program.

“There’s a lot of space and innovation happening in South Australia,” McClelland said.

“The government on both sides … is invested in making entrepreneurship and innovation the next generation of workforce in South Australia and Adelaide.”

South Australia cemented its position as the Australian space capital following an announcement by the Australian Government at the end of last year that the new Australian Space Agency would be based in Adelaide.

One of the big drawcards

Last December Southern Launch also announced it would establish a launch facility on Eyre Peninsula, in the state’s west.

“The liveability in Adelaide is just so much higher and it extends our bootstrap runway further, because we can afford to live longer without salaries or without external venture capital,” McClelland said.

“That was one of the big drawcards. We can have office space and not live and work out of my parent’s attic.”

While McClelland said Tekuma’s controllers were so far all hand-made by Griffin, she hoped the time in the US would help the business grow and allow Tekuma to employ more staff.

“We’ve sold our first units and we scored our first licensing partner earlier this year so it looks like we’ll be selling a whole lot more units soon,” she said.

Jessica Bassano is a writer with The Lead, South Australia