Now you see it, now you don’t: Chameleon-like defence drones take to the sky 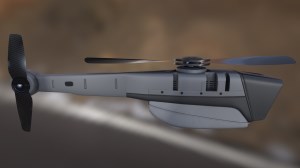 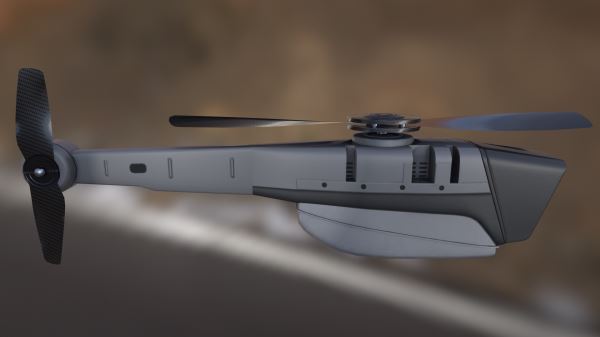 The Australian Army has drones ranging from the tiny Black Hornet (about the size of a whiteboard marker) – to larger models with wide ranging surveillance capabilities.

But despite their ubiquity and utility, all military UAVs are hindered by the same simple problem – the sky changes colour, but they don’t.

Now, University of South Australia material scientists are working with the Department of Defence, to develop surveillance drones that can change their appearance to match the background colours of the sky.

Given the huge importance of remaining undetected during ISR operations, the University of South Australia’s Future Industries Institute (FII), believes it has found the ideal solution.

In a collaboration with the Department of Defence, FII researchers, led by Dr Kamil Zuber, have developed a range of lightweight polymer panels that can change colour on demand.

Changing appearance in a matter of seconds

The polymers are what are known as electrochromic materials, meaning they change colour in response to an electric field, and the exact colours can be tuned to specific voltages.

“Similar technology has been used in luxury cars, for diming mirrors, and on the windows of the Boeing 787 Dreamliner,” Dr Zuber says.

“But those applications are slow, require high power consumption to switch, and the electric flow must be maintained to sustain the change state.

“Our panels, on the other hand, have switching speeds in the range of seconds and offer colour memory, which means they retain their switched colour without a continuously applied voltage.

“They also operate in the range from -1.5 to +1.5 volts, which means you only need to use an AA battery to activate the change.”

In addition to their chameleon-like characteristics, the panels are inexpensive, lightweight and durable, and can be either rigid or flexible, making them ideal for use on drones of all sizes and specifications.

“We have built a small-scale frame of a UAV and put our panels on it. We have demonstrated it against all sorts of different sky states and completed a range of validation testing showing how these materials can respond in actual use,” Dr Zuber says.

“We have five or six different materials, and each of the materials can produce two to three distinct different colours.”

The technology is currently being refined to integrate self-awareness and autonomous adjustment into the system. That means drones will be able to automatically change colour in response to changes in the surrounding environment.

“At this stage, we’ve been working mainly on the panels and the hardware,” says Dr Zuber. “But during the latest stage of the project we’ve developed prototype electronics for the controller, which is something that could test the state of the sky and then automatically adjust the voltage to the panel to tune it to the right colour.