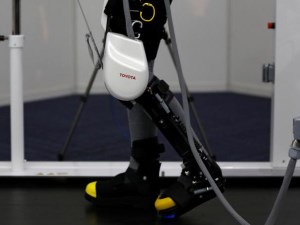 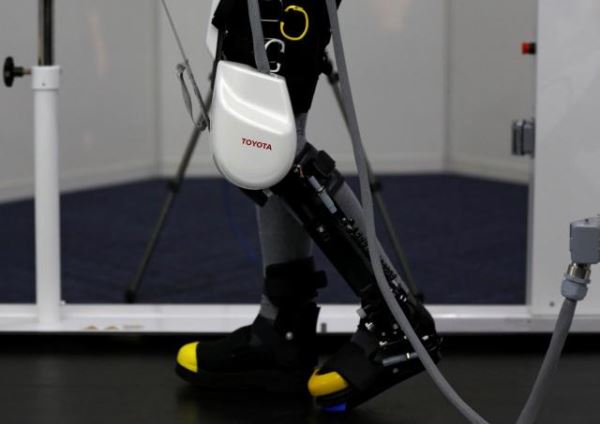 Toyota’s robotics division has developed a special system that helps stroke victims get back on their feet and walking again.

Along with the visual feedback from cameras in front and on the side, voice and sound feedback can tell the patient whether the load on the frozen leg is too big or too small.

The Japanese government approved the Welwalk WW-1000 as a certified medical device in November 2016.

Stroke is one of the leading causes of paralysis.

According to Stroke Foundation there will be more than 55,000 new and recurrent strokes this year – that is 1000 strokes every week or one stroke every 10 minutes.

Patients who are trying to retrain their motor muscles can use long leg braces to support their weight, but it’s still difficult to swing the frozen leg forward to walk; using smaller braces carries the risk of the knee buckling.

When patients are standing and using the Welwalk WW-1000, the knee motor ups the torque to keep the leg stable. When walking, data from a pressure sensor in the sole of the brace is used to analyze leg movement and accurately flex the knee at the right moment.

While the system is quite bulky, with the brace weighing 6kg and the treadmill measuring 2.7m long and weighing 800kg, Toyota said experienced therapists can get patients ready to use it in as little as one minute.

“With this, the patient can walk long distances at gaits that approximate natural walking,” Akifumi Tamaoki, general manager of Toyota’s Partner Robot Division, said at a press event at company headquarters in Tokyo. “One of the outstanding features of the Welwalk is that it combines the best of the short and long braces.”

Welwalk was developed with Fujita Health University Hospital and trialled at 23 hospitals with over 300 patients since 2014.

“Therefore, I believe this technology has great potential.”