The Women in Robotics group is a professional global network for women in robotics – and women who aspire to work in robotics.

Earlier this month, the group appointed its first board of directors, comprising eight influential women in the robotics world.

The founding board includes Australia’s Dr Sue Keay, Research Director of Cyber-Physical Systems at CSIRO’s Data 61, who takes the role as secretary.

Her sister Andra Keay, the driving force behind Silicon Valley Robotics in the US, is president and founder of the group.

The inaugural board of directors comprises:

Andra Keay is Managing Director of Silicon Valley Robotics, a US-based non-profit industry group supporting innovation and commercialisation of robotics technologies and founder of the “25 Women in Robotics you need to know about” list.

She is also founder of the Robot Launch, a global startup competition and a mentor, investor and advisor to startups, accelerators and think tanks.

Laurie Linz is a Software Engineer at Alteryx and founder of the Boulder/Denver chapter.

Dr Sue Keay is Research Director of Cyber-Physical Systems at CSIRO’s Data61. She set up the world’s first robotic vision centre at QUT Brisbane and started QUT's social robotics program. Last year, she developed Australia's first Robotics Roadmap highlighting how advances in robotics, computer vision, sensing (and AI) will impact on every sector of the Australian economy. Dr Keay is a Superstar of STEM (Science and Technology Australia) and is responsible for bringing the Grace Hopper Celebration to Australia.

Lisa Winter is a Mechanical Engineer at Quartz, a funded early stage startup tracking all people and machines that move on a construction site. She is a two-time world champion at Battlebots, and a mentor for girls in robotics.

Sabine Haeurt is an Assistant Professor of Swarm Robotics at Bristol Robotics Lab. An expert is science communication, she is also President and Co-Founder of Robohub.org, a non-profit dedicated to connecting the robotics community to the world. She is also a contributor to the “25 Women in Robotics you need to know about” list.

Sarah Osentoski is VP of Engineering at Iron Ox, a California based startup using robotics and AI to grow develop new technology for the agriculture sector. She is a former COO of Mayfield Robotics and a board member of Women in Machine Learning.

As Managing Editor of Robohub Hallie Siegel built an international network of over 150 expert contributors and grew Robohub's readership to 75,000 unique monthly visitors. She is a contributor to the “25 Women in Robotics you need to know about” list. She served as Robohub's first Managing Editor from 2013-2016 and is now an editor at large.

Cynthia Yeung is the COO of Cafe X, which is setting the standard for human-robot collaboration in hospitality. With more than a decade of experience in technology and entrepreneurship, she has also worked at Google and Softbank Robotics.

But the core activity is peer networking and mentoring for women in robotics, she says.

“Statistically, women in robotics are unlikely to be working with other women, and that contributes to the much greater professional dropout rate for women as compared to men.

“There’s not much point in doing STEM outreach to get girls and women interested in robotics, if they’re going to drop out after a few years in the workplace.

“And the robotics industry has an increasing skills shortage, so we can’t afford to lose talented women. I can’t control pay scales or promotions at other companies, but I can create a supportive environment here.”

The new Board will meet every two months and may grow to include more representatives from other regions.

The next 25 Women in Robotics You Need to Know About list will be published on October 8, Ada Lovelace Day. 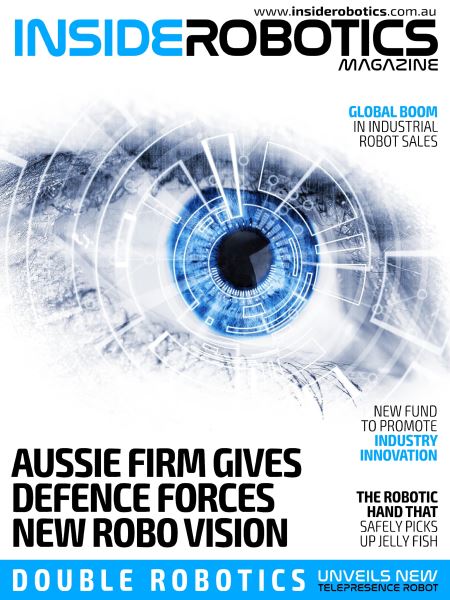