Does robotics have a race problem? 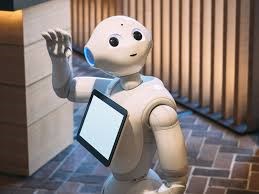 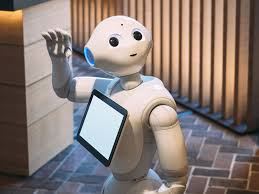 A majority of humanoid robots are perceived to be racially white and urges manufacturers to pay attention to the racial politics of their robots, according to a leading Australian university professor.

Professor Robert Sparrow, from Monash University’s Department of Philosophy, examined images of 125 images humanoid robots from the ABOT (Anthromorphic roBOT) Database and found that between 66 and 72 per cent were likely to be racially coded as white.

He explores the ethical dilemmas surrounding race and robots in two recently published papers “Do robots have race?” and “Robotics has a race problem” which were respectively published in in IEEE Robotics and Automation Magazine and Science, Technology, and Human Values.

“In societies where particular occupations or social roles tend to be performed by persons of particular races, people may respond to the role of a robot as a racial cue and respond accordingly,” he says.

“Engineers have a moral obligation to resist racial stereotypes in constructing robots.”

Engineers and technology companies should consider the broader societal context when designing robots,” Professor Sparrow continues. “Robot designers must pay attention to the racial politics of their robots, or their robots may fail badly in many applications.

“Engineers can only avoid this ethical and political dilemma by manufacturing robots that people don’t think of as having race, which may require making them non-humanoid or, for instance, blue,” Professor Sparrow says.

In 2018, a study conducted by the Human Interface Technology Laboratory in New Zealand (HIT Lab NZ) and published by the University of Auckland, New Zealand titled "Robots And Racism” also found that humanoid robots were perceived have race.

The study used an extended replication of the classic social psychological shooter bias paradigm with robot stimuli to explore whether racial stereotypes apply white and black robots. Results confirmed that participants demonstrated ‘shooter-bias’ toward both black people and robots racialised as being black.