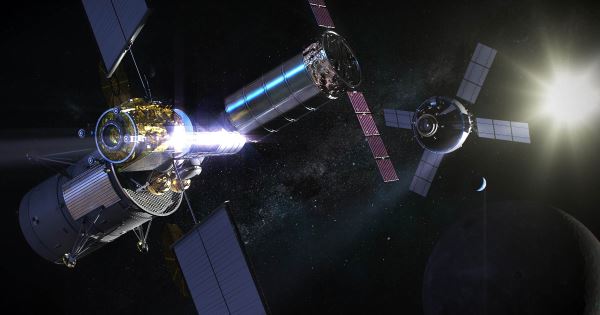 The federal and WA Governments are investing in new space technologies in Western Australia, to help drive growth in a range of related industries.

The new complex will open the door for start-ups, small businesses and researchers to control robotics activities in space, including servicing satellites in orbit.

An additional $1.5 million will go to the Pawsey Supercomputing Centre to establish Australian Space Data Analysis Facility (ASDAF) in Perth.

The projects are part of the $19.5 million Space Infrastructure Fund and will support local job creation and research and development.

“Both these projects highlight the fact that space is about so much more than the excitement of launch, it’s about developing technological capability which can drive growth across a range of industries,” Federal Minister for Industry, Science and Technology Karen Andrews said.

“These investments will not only strengthen our place in the global space sector – it has flow-on effects for mining, agriculture, emergency services and maritime surveillance.

“It’s a win-win. We’re building on the capabilities that make Australian businesses a desirable partner for space projects around the world, as well as growing the industries that we have a natural advantage in like mining and agriculture.”

Cooperation in robotics, automation and AI is a key feature of the memorandum of understanding the Australian Space Agency signed last year with the West Australian Government.

The state government has committed $3.5 million to the RAAICC and $750,000 to the ASADF on top of Commonwealth funding.

WA Science Minister Dave Kelly said the McGowan Government’s investment in these centres will help grow the State’s space industry. It will unlock new opportunities for WA businesses and academia to access global space supply chains and participate in international space initiatives such as NASA's Moon to Mars mission.

“The RAAICCC will support the WA headquartered AROSE to capitalise on the State’s world-leading remote operations for use on-Earth and to adapt it for remote operations on the Moon, Mars and beyond,” Mr Kelly said.

“The Space Data Analysis Facility will support business across a range of sectors to develop new products and services and help improve productivity and innovation across key WA industries.”

The Space Infrastructure Fund is among almost $700 million of Federal investment in the space sector, as part of the federal government’s goal to triple the sector’s size to $12 billion and create an additional 20,000 jobs.