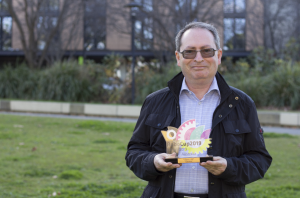 Researchers from the University of Sydney and CSIRO Data61 have kicked a giant goal at the recent RoboCup world championships in Sydney.

With expertise in coding, data and complex systems the team was crowned World Champions in the 2019 RoboCup's Soccer Simulation 2D League.

Fifteen international teams from Australia, Brazil, China, Germany, Iran, Japan and Portugal were tasked with building and programming a team of fully autonomous virtual robots, in pursuit of the coveted RoboCup Millennium Challenge.

They had to design humanoid robots capable of winning a soccer game against the 2050 FIFA World Cup holder, while complying with official FIFA rules.

Held in Sydney for the first time, the RoboCup 2D Simulation League included teams of 11 fully autonomous virtual robots – known as "agents" – playing football in a two-dimensional virtual soccer stadium without the assistance of a remote control.

The Aussie team, named Fractals after its unique software, won the grand final against the 2018 world champion team, HELIOS2019.

“The grand final was a very tense game which went into extratime after a goalless full-time, with Fractals scoring a winning goal with less than a minute to go," said Faculty of Engineering academic and Centre for Complex Systems Director Professor Mikhail Prokopenko.

"The key to our success was the long-term collaboration between the University of Sydney and CSIRO Data61, combining the strengths of complex systems and data mining."

To determine a winner, 156 games were played over multiple rounds over four days, with Fractals playing 22 games, winning 16 times and outscoring their opponents 59 -10.

Each of the Fractals players was built with virtual, acoustic, physical and visual sensors to navigate and detect the cyber playing field, performing actions like running, turning and kicking the ball.

"The 2D Soccer Simulation League is a complex game as it requires intelligent agents to autonomously make optimal and strategic decisions in a high-stress, 'noisy' environment, all while facing the disruptive actions of opposing teams," explained Professor Prokopenko.

"The main challenge is to get the agents to work together as a team, which we achieved by coordinating the individual agent actions across a multi-agent team, in order to produce coherent tactics." 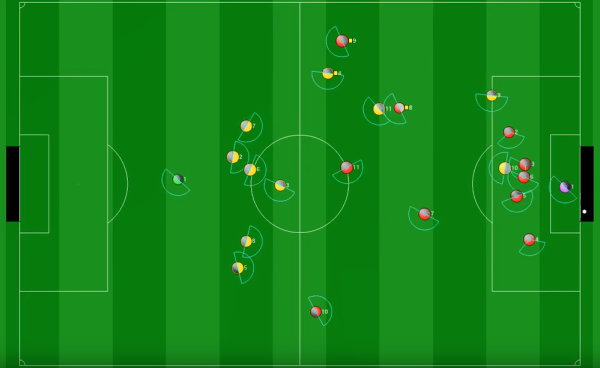 Senior research engineer at CSIRO Data61, Peter Wang said being part of the 2D Simulation League at the 2019 RoboCup was an incredible experience.

"We were tasked with an interesting and challenging problem, that was solved using a combination of methods and by balancing risks and rewards. Once we found the correct structure and balance, everything came together," he said.

Since its inception in 1996, the 2D Simulation League has made several important technological advances that achieves autonomous decision making under constraints.

The tournament was created by university professors in 1997 to advance state of the art intelligent robots with the ultimate goal of fielding a team of robots that can beat the human soccer World Cup champions by 2050.

About 170 teams from more than 40 countries from universities and research laboratories around the world competed at this year’s event.

In addition to soccer, there were also contests in robotic urban search and rescue missions, manufacturing and logistics and home assistance challenges, plus a special division for school students, RoboCup Junior.